“Using the power of music, Alok left Brazil and travelled the world.His name means “light”.He has signed a contract and a closed concert will happen on Free Fire’s battleground island for some VIP guests!” Chrono comes from a parallel universe where there is a higher science and technological level than the levels in our current world Earth.He had a normal childhood in his original universe. His parents were famous lawyers who fought against poverty and to help bring the poor homeless people up into society. Because of this he always had an awareness about vulnerable groups since he was very young and as he grew older he found ways to do his part to help as well. Hayato, a kid from a legendary Samurai family.Being the only child means that Hayato needs to carry on the family tradition and curse…This young Samurai has a secret nobody else can know…For this, Hayato is willing to give up his life.

The lower your HP, the higher your armor penetration becomes. A Monkey that looks like a humanbeing. He still likes bananas, though.

Camouflage: Turn into a Bush. Kla was an esteemed martial artist, specializing in Muay Thai.A few years ago, he mysteriously disappeared and no one could find him.The Kla that reappeared before everyone is not the same one as the famous Kla that everyone in the industry was familiar with.He is now an avenger, and leaves no mercy to anyone.Be careful of his fists, they will break anything and everything. Caroline, a girl who grew up in an extremely wealthy family. She is always surrounded by bodyguards wherever she goes.She has enough fans to fill up an entire stadium. She is no doubt the most popular girl at school.Her father and her friends— The most valuable things in her life. 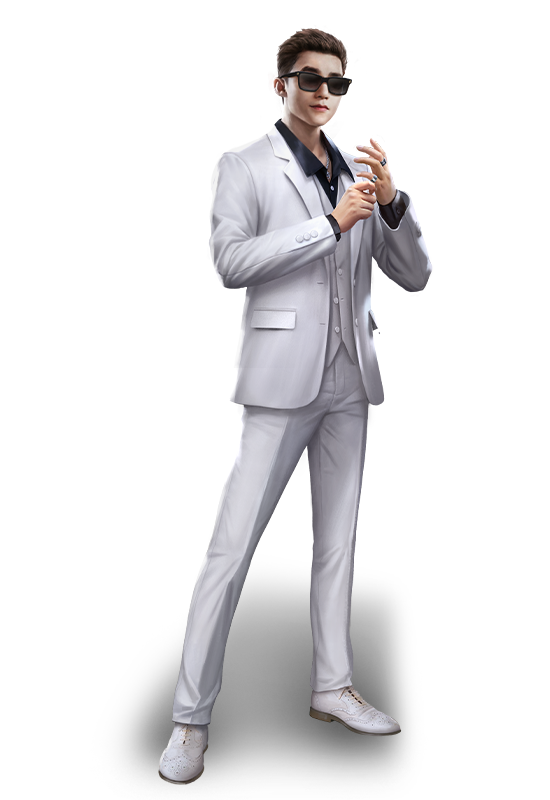 Skyler got his rise to fame as the hottest pop singer-dancer in the country, and he is now the CEO of the largest entertainment company in Vietnam.Driven to be the best musical talent in the business and to also find the best talent. He doesn’t like to lose and believes that creativity allows people to see the good in the world instead of the bad.